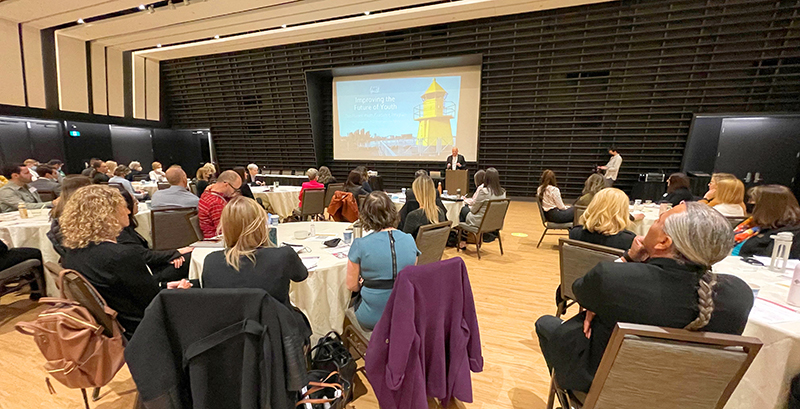 Planet Youth and United Way have partnered up to start working with the Planet Youth methodology in Calgary. To kick the project off the CEO of Planet Youth, Pall Rikhardsson, travelled to Calgary and gave a lecture on the Icelandic Prevention Model at The Recovery Capital Conference, a large summit organized by the Last Door organization on addiction treatment for youth. Followed up by a workshop where stakeholders, organizations and representatives from first nation communities implementing the Planet Youth method gathered to prepare the work.

United Way is a Canadian charity organization that dates back to 1917. Today 71 local United Way Centraide offices support more than 5,000 communities across Canada. Their aim is to improve lives locally by moving people from poverty to possibility, helping kids be all they can be and building strong and healthy communities.

„It is a great honour for Planet Youth to partner up with such a prestige organization as The United Way Canada.“ Pall Rikhardsson said, „They have a broad network and work on a local level all over Canada to improve lives. They believe that the strength of a community is based on the wellbeing of the people who live there which goes hand in hand with the aims of Planet Youth to improve the future of youth with scientific knowledge.“

Pall‘s presentation at the conference was titled, Improving the Future of Youth. Planet Youth Guidance Program. It was an interesting input into a conference that is aimed at addiction treatments, with secondary and tertiary prevention. In Iceland, the need for treatment centres for kids has decreased over the span of 20 years. Which shows how important it is to try to stop the onset of alcohol and drug use at an early age to minimize the cost and damage that addiction has on society.

The Planet Youth Calgary project will be led by United Way which will work with four local teams in quadrants of the city. School surveys will be submitted next school year but all preparation to secure the infrastructure, coalition building and training have begun.