Official launch of the Chilean project 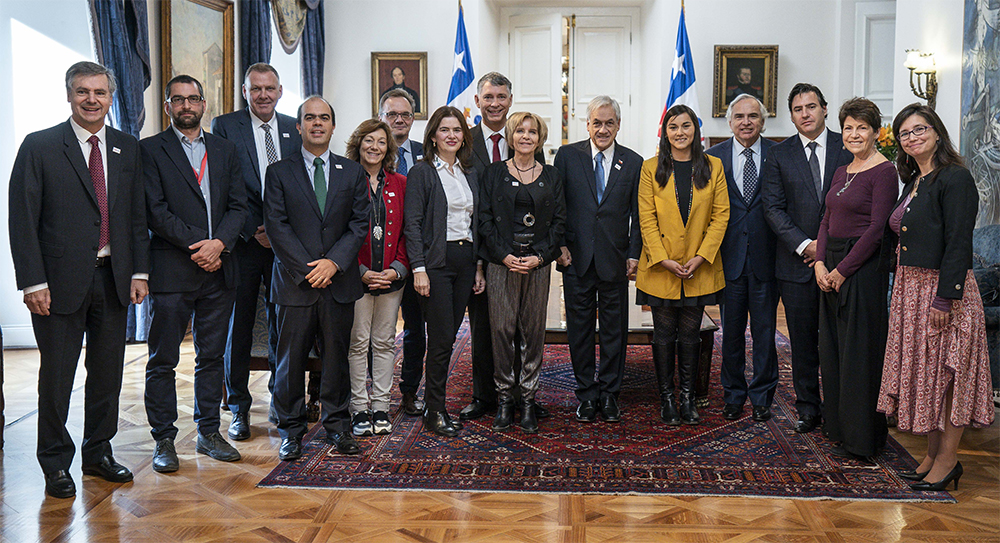 A delegation from ICSRA was in Chile the week from May 6-10 to launch the project Elige Vivir Sin Drogas, based on the Planet Youth method. The project is intended to reduce the substance use of Chilean youth with a similar methodology as ICSRA decreased substance use in Iceland over the course of 20 years, to a consumption rate which is one of the lowest in Europe.

The group was greeted in a formal dinner with the Chilean president Sebastián Piñera. The president is determinant in tackling the problem of youth substance use in Chile which he sees as a vital part in building a more sound Chilean society for the future. “Chile decided to take the bull by the horns in the fight against drugs,” said the President, who was accompanied by the Minister of the Interior and Public Security, Andrés Chadwick, and the National Director of SENDA, Carlos Charme.

The plan for Chile is to restrict the visibility to alcohol and other drugs, enhance the capacities of the adults responsible for caring for children, increase sports or artistic activities, promote the ability to be a social agent of prevention of consumption and improve the capacity of state monitoring. The model considers an initial stage of evaluation of the community, to give space to a programmatic intervention and later monitoring and evaluation of results.


The ICSRA delegation met with representatives of the 50 municipalities taking part in the project. Lectures were given on the basis of the Planet Youth methodology and the experience and obstacles of the implementation were shared. „It is a great honor for us that Chile’s government has decided to use our methodology and we are hopeful that our experience will benefit young people in Chile as has been the case in Iceland.“ Said Jon Sigfusson ICSRA Operational Director.